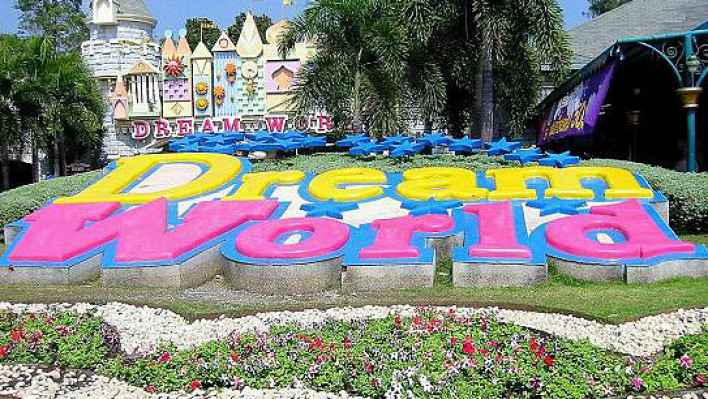 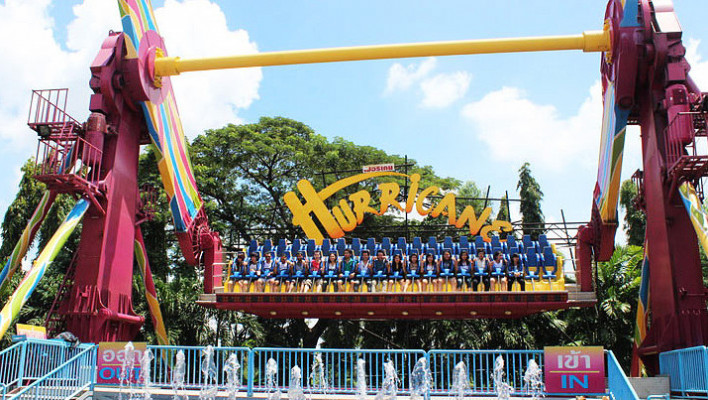 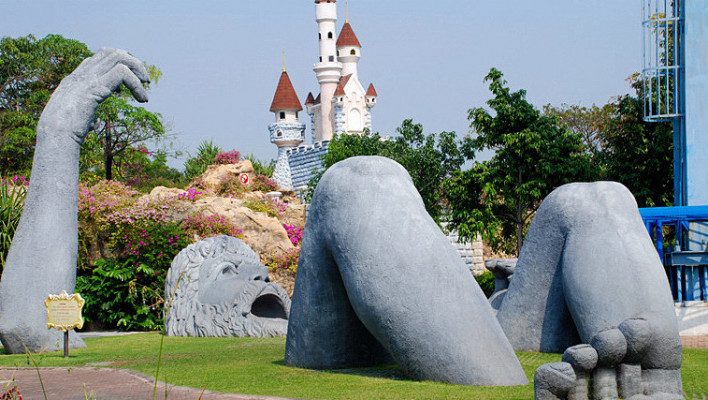 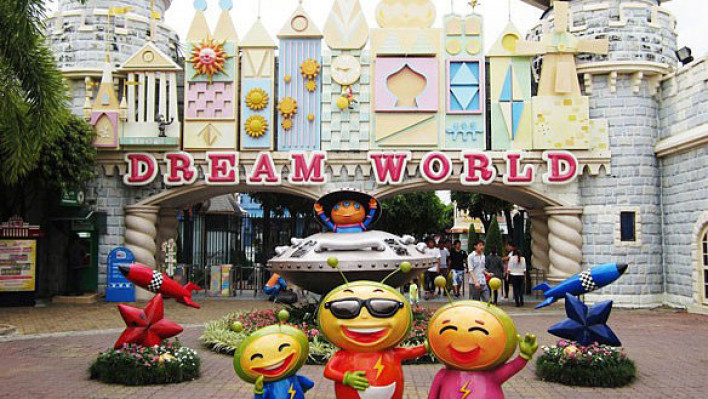 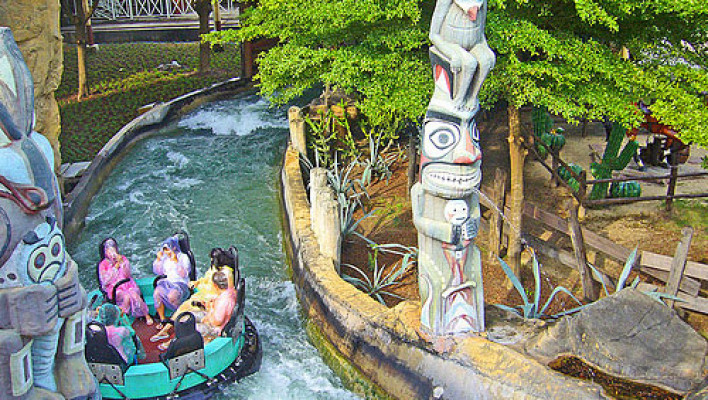 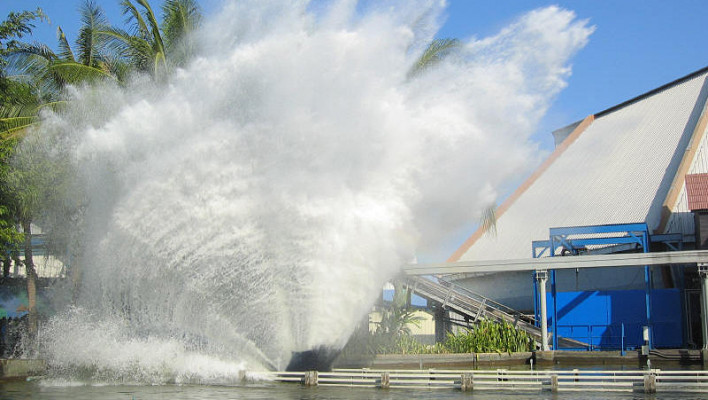 Dream World, which is nicknamed as Asian Disneyland, is situated in Bangkok’s suburb. It is one of the largest amusement parks in Thailand. Its incredibly beautiful and well-groomed territory of 28 hectares houses more than forty varied park amusements, which arouse the same admiration among kids and adults alike. A visit to Dream World is a perfect opportunity to have a good time and lots of fun.

The park is divided in four zones. Dream World Plaza is the first one, situated right at the entrance. The most interesting and captivating events take place there: cheerful carnivals with colorful fireworks, festivals and festive performances with fairy-tale characters. One of Dream World’s main sights – the park of miniatures featuring mini-copies of the most famous architectural structures in the world – is also situated on its territory. You can see copies of the Pyramid of Cheops, the Eiffel Tower, the temple complex of Angkor Wat, the Leaning Tower of Pisa, the Great Wall of China, Taj Mahal and many other symbolic constructions. Numerous cafés with varied dainties work near Dream World Plaza.

The second zone is Dream Garden. It is probably the most beautiful part of the park: it charms with original landscape design with diverse compositions of flowers and plants, cascades of waterfalls, picturesque paths and fountains. The theme area Love Garden, which is very popular among romanticists and sweethearts, and several rides for children and adults are situated in this zone.

Fantasy Land is the third zone of Dream World. Little guests love it the most because their favorite fairy-tale and cartoon characters come to life there. You can see the Sleeping Beauty Castle, the house of Snow White and the seven dwarfs, visit the Uncle Tom’s Farm, where real animals live, and get into the Giant’s house. Fantasy Land also features one of the park’s most exciting rides – Hurricane.

The greatest number of park amusements for the bravest visitors who search for a charge of adrenaline is concentrated in the last, fourth zone – Adventure Land. You can do white-water rafting on the turbulent river of the Grand Canyon, ride the Roller Coaster, rapidly go down into the lake on a huge boat, raising hundreds of water splashes in the air, fly on the Magic Carpet, and hunt for ghosts in the Panic Room.

You can always hide from the tropic heat in the Snow Town. It gives an opportunity to sledge down a snow hill, make a snowman and play snowballs in the closed hall with minus temperature. In addition, the park has a cultural center, where architecture, works of folk craft and national costumes of all regions of Thailand are exhibited. 4D cinema and karting are also located there.

Getting there. Take a bus No. 188 from the Northern Railway Station (Mo Chit). 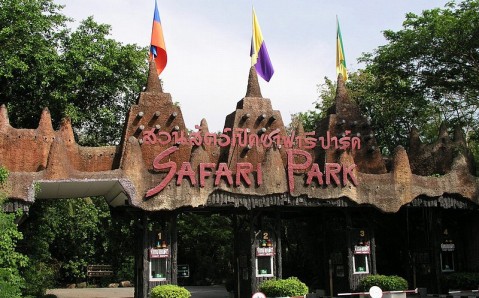 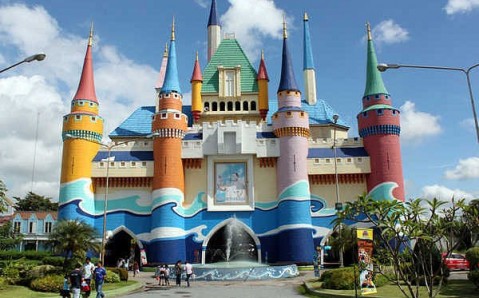 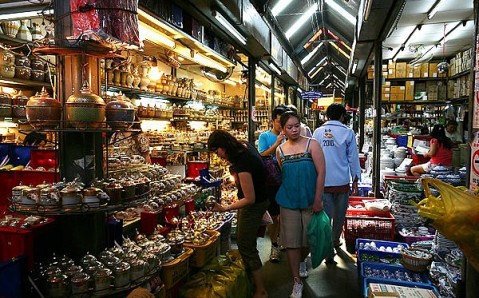