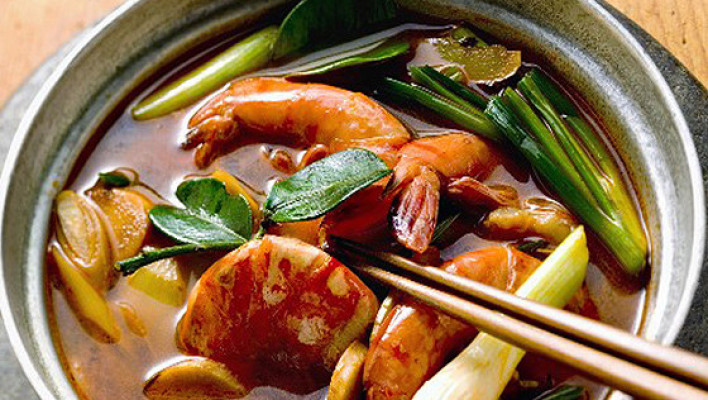 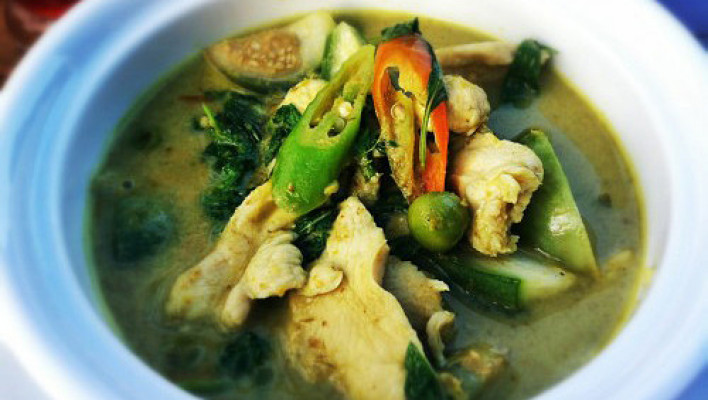 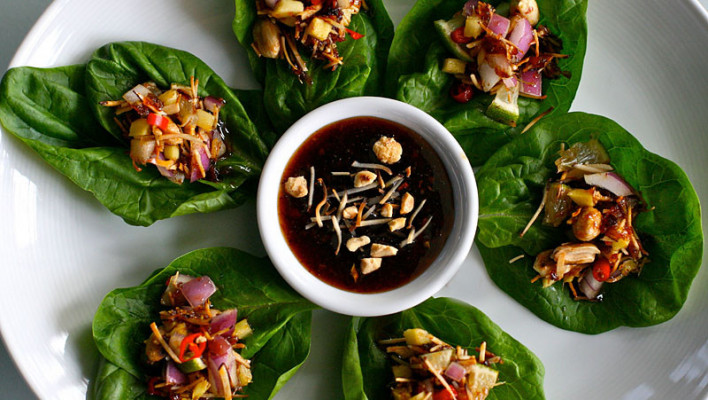 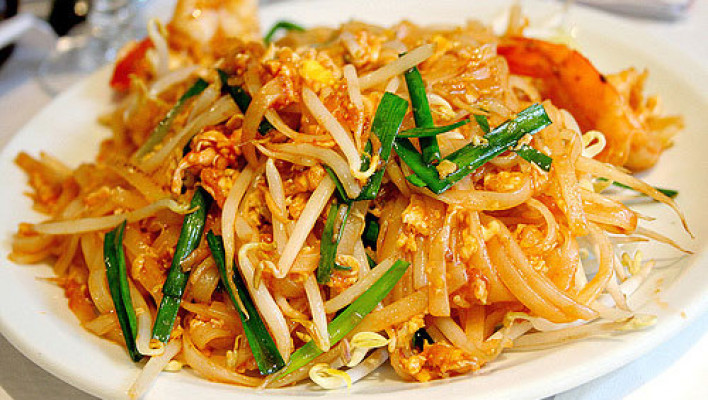 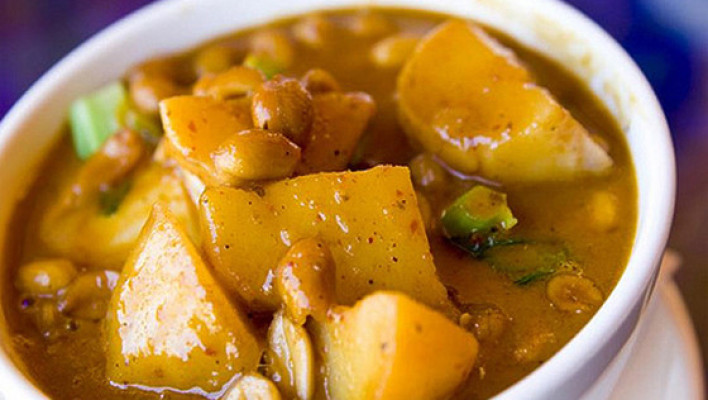 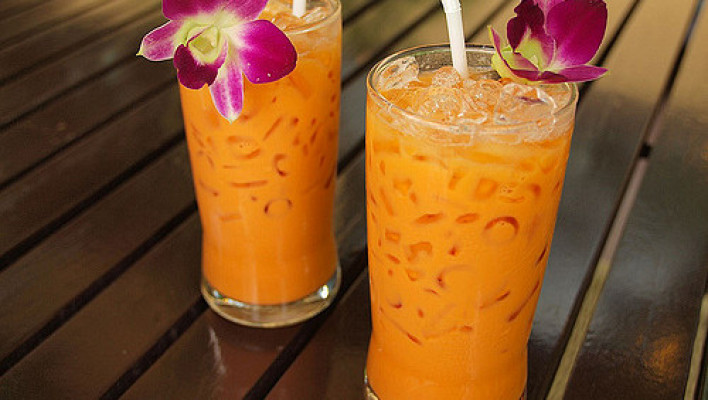 Thanks to the impressive variety and delicate combination of unconventional tastes, the Thai cuisine is one of the most popular cuisines in the world. Although most western travelers who come to Thailand find local gastronomic traditions too exotic at first, having tried local spicy and fragrant dishes, they fall in love with them forever and state that Thai cuisine is the best thing that the Thais could have possibly think of. Bangkok is undoubtedly the most appropriate place to fully appreciate the richness of local cuisine’s taste.

The Thais really like to eat tasty food and are excellent cooks. The special relation of the sunny Kingdom’s residents to food can be seen even in the local greeting: instead of “Hello! How are you?” locals traditionally say “Hello! Have you already eaten?” Thai cuisine is truly unique. It was formed over centuries mainly under the influence of Chinese, Indian and partially western culinary traditions. Thai cuisine took hot sauces with many spices from Chinese cookery and special mixtures of spices and karri from the Indian one. However, it became inimitable mostly because the Thais didn’t just borrow the dishes, but interpreted them in their own culinary way and turned them into something absolutely new.

The main peculiarity of Thai cuisine is an amazing combination of five flavors: sour, salty, sweet, bitter and spicy. The key elements of Bangkok residents’ classical diet are rice, chili sauce and coconut milk. These ingredients can be found in almost every dish. Rice is fried, stewed, boiled in coconut milk and usually served with vegetables, fish and seafood, which are supplemented with hot sauces, aromatic herbs and spices.

Spices are an integral part of Thai dishes, which adds unique memorable taste to them. The spicy mixture “nam phrik” is used most often there. It is made of garlic, chili pepper and various herbs. The most popular condiments also include lemongrass, tamarind, kaffir lime, anise, ginger, cumin, galangal, basil, turmeric. The use of such a large number of spices is a necessity in the hot tropical climate: it is the best way to avoid infections, retain moisture in the body and improve the overall tone.

As for meat, preference is given to chicken and pork, a little less often to beef. Meat is usually fried, steamed or stewed in coconut milk. In addition, traditional Thai cuisine can’t do without fish and seafood: shrimps, lobsters, mussels.

Despite an impressive variety of Thai dishes, some of them must be tasted in the first place. They are edible trademarks of Bangkok and it is impossible to know the true taste of the city without trying them.

Tom Yam is probably Thai cuisine’s most famous dish and its favorite. It is sour-and-spicy soup made of coconut milk or chicken broth with various ingredients: chicken, fish, shrimps or other seafood. Tom Yam is served in two variations – with or without coconut cream.

Pad Thai is sautéed rice noodles with egg, bean sprouts, chives, a few sauces (fish, oyster, tamarind) and chicken. It is also cooked with pork or seafood. Serving Pad Thai, locals pour it with lime juice and sprinkle with peanuts.

Som Tam is the most popular Thai salad, which is made of green papaya, cut into thin slices. Shrimps, bean sprouts, tomatoes, and sweet-and-sour sauce are added to it. As a rule, this salad is spiced with a lot of chili. Therefore, ordering it somewhere in a café or a restaurant, be sure to ask to bring chili separately, in order to add it to taste.

Gang Keow Wan is Thai green curry that is loved for organic combination of spicy condiments, mild coconut milk and light sweetness of palm sugar. This dish is cooked of green curry paste by adding different ingredients to it: coconut milk, bamboo shoots, chicken, eggplant and a variety of herbs and spices: basil, lemongrass, galangal. It is traditionally served with boiled rice.

Gai Pad Pongali is another traditional Thai dish. It is a mixture of chicken, tomatoes, onions and pepper, which are fried in a yellow curry paste and poured over with whipped eggs. It is usually served heavily sprinkled with herbs.

Nam Tok Moo is a spicy salad of pork, which is grilled and mixed with green onions, chili pepper, sprig of mint, fish sauce and fried rice. It is served with lime juice.

The desserts that are worth tasting include banana pancakes, which are usually served with cream or chocolate, and sweet rice with mango pieces and coconut cream.

Thais’ favorite drinks are tea and coffee, as a rule, cold. Locals traditionally drink them with condensed milk, syrup and spices. Cha Yen, a close relative of Indian masala, is especially popular. It is a sweet black tea with milk and aromatic flavors: anise, tamarind, mint and lime. Thai coffee is a mixture of coffee beans with soybeans, maize and sesame seeds.

Frequently offered local refreshments are fresh juices that are made from mango, passion fruit, papaya, guava, coconut, rambutan, pomelo, lychee, mangosteen and other tropical fruits. Spirits are not very popular in Bangkok. Locals drink mainly rice wine and beer, less often whiskey of local production. At the same time, you can find almost any alcohol, usually imported, in the stores.

Authentic Thai dishes are served in specialized cafés and restaurants in Bangkok. However, it is better to do as locals do and to taste them in small snack bars, which are plenty in the capital’s streets. Thailand’s street food is a special pleasure and you shouldn’t be afraid of it: the dishes are cooked at your presence from fresh ingredients. The fact that, in 2012, Bangkok was named as the city selling the best street food in the world is a confirmation of this.

It is possible to talk about Thai cuisine infinitely, but it is much better to enjoy it, discovering the variety of its unique dishes’ flavors.