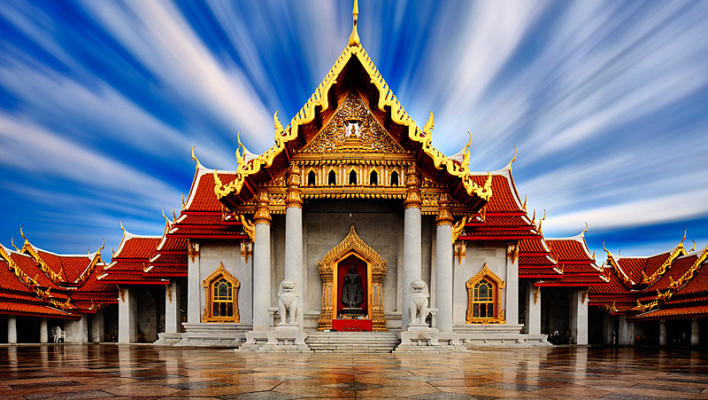 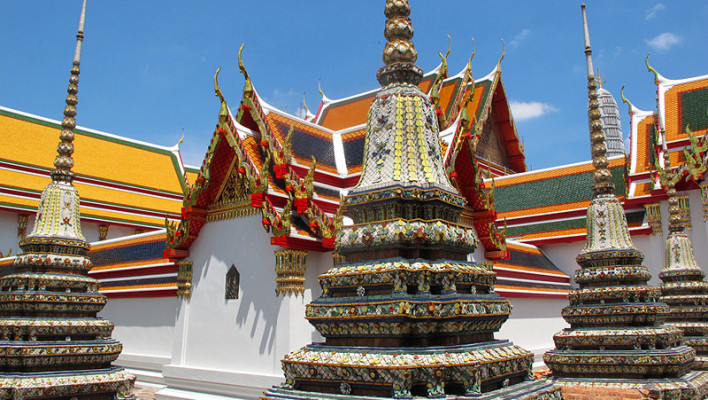 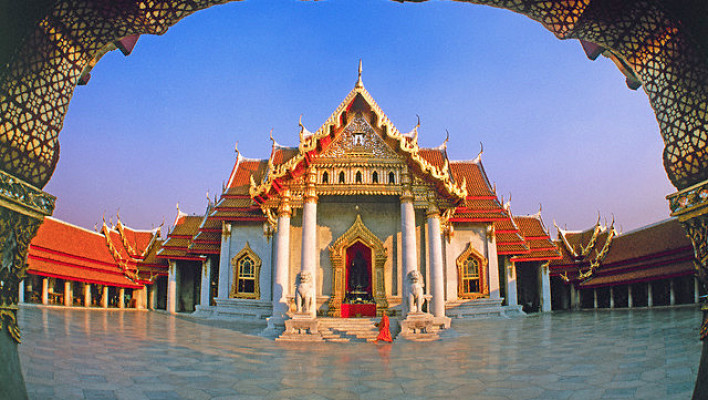 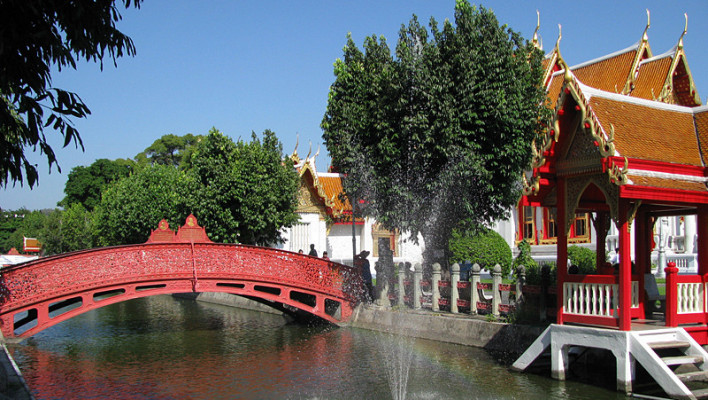 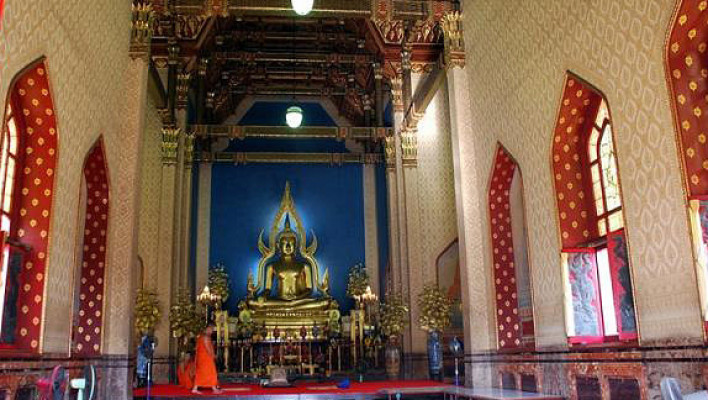 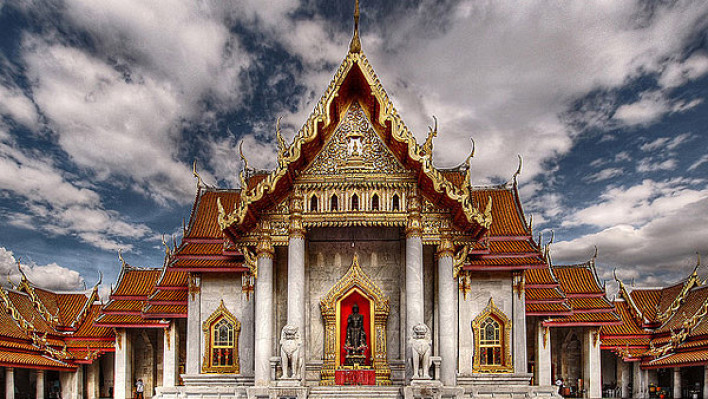 Bangkok’s Marble Temple is a true gem of modern Thai architecture. It is city’s youngest, as well as one of its most beautiful temples, which ranks among the top five most frequently visited sights in the capital. Its Thai name – the Monastery of the Fifth King (Wat Benchamabophit) – refers to King Rama V, who ordered construction of the temple in the late 19th century. He was the most beloved ruler in the country’s history and Thai people still hold a deep respect and honor for him, believing that by paying a tribute of respect to the king, they will acquire the gods’ favor and luck.

This unique building’s design was developed by the brother of Rama V – Prince Naris, who was an expert in architecture. The king personally supervised the construction and even came up with some of the original decoration elements. The Marble Temple catches the eye with its elegance and unbelievable beauty. It owes a large amount of its attractiveness to the snow-white Carrara marble from which it is made, brought in from Italy. The temple’s walls and yard are decorated with the material. The three-level roof, covered with Chinese glazed ornamented tiles and other exquisite décor, adds a special charm to the monastic complex.

Various representations of Thai art, as well as different styles of Chinese, Tibetan and Japanese architecture, have merged together to form this eclectic group of buildings. The Marble Temple’s main round pavilion is the most noteworthy of the individual structures, where the walls are adorned with depictions of ancient gods and mythical animals and two white marble lions guard its entrance. The temple’s main treasure – a full-size statue of Buddha – is situated at the main pavilion’s central altar and its production was personally supervised by the king. In addition to these features, an urn containing the ashes of Rama V is kept in the central hall.

The Temple complex’s courtyard is tiled with marble flagstones and encircled with a covered gallery, where more than 50 statues of Buddha are situated. They belong to a range of different epochs and styles and were sourced from other monasteries and brought in from all over Thailand. The courtyard' most prominent feature is the Bodhi tree, whose seed is said to have been taken from Buddha’s homeland.

In contrast to other Thai temples, this building is surrounded not with a solid wall, but with an iron fence, through which the fascinating park with fountains, neat glades and benches for meditation can be seen. Turtles, sacred to the Thai people, live there, symbolizing wisdom and longevity. It is believed that in order to return to Bangkok, guests should buy a turtle, scratch their name on its shell and set it free into one of the complex’s ponds. There is also a canal where sacred sheat-fish live, near to the temple buildings. Many of these grow to an impressive size – sometimes up to 100 kilos.

There is an area with age-old drums that is situated right behind the canal. They served as an early prototype of the clock, as in ancient times, responsible monks informed city’s residents of the time by striking the drums. Each instrument had its own inimitable sound, which corresponded to a particular hour of the day or night. Monastic cells are situated behind the area with the drums, but tourists are not allowed to go there, as not to disturb their praying and meditation. 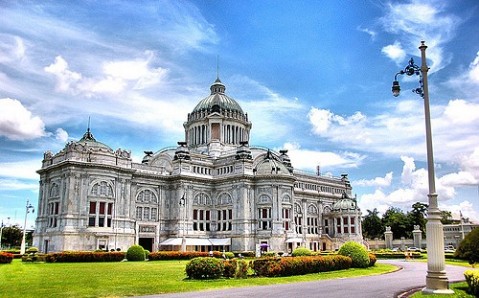 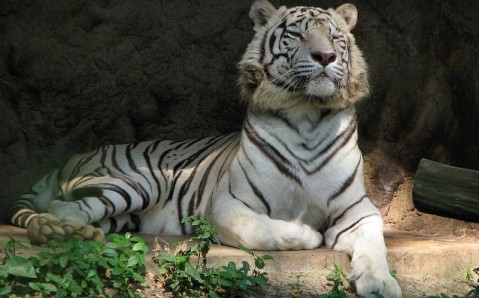 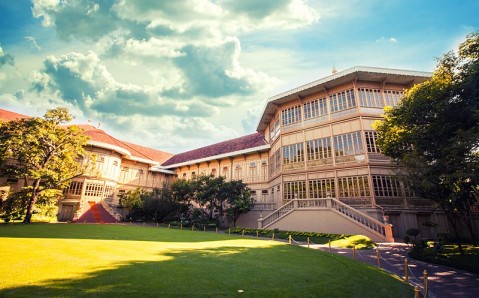