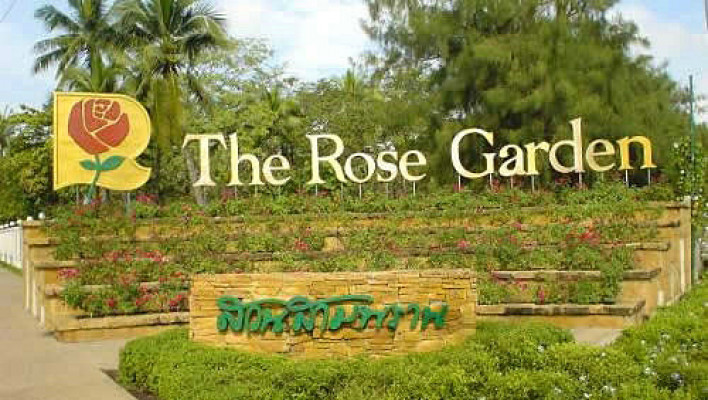 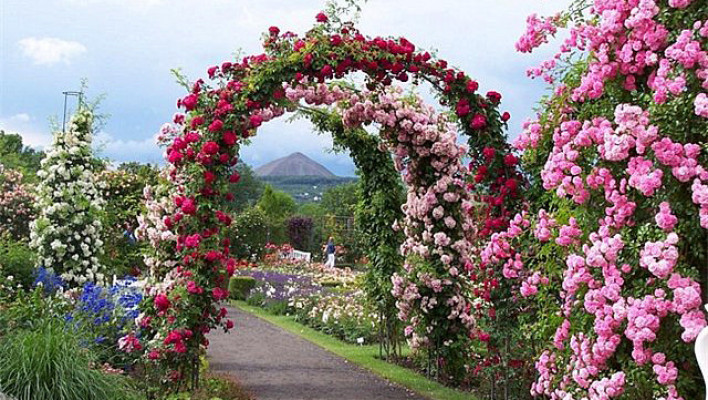 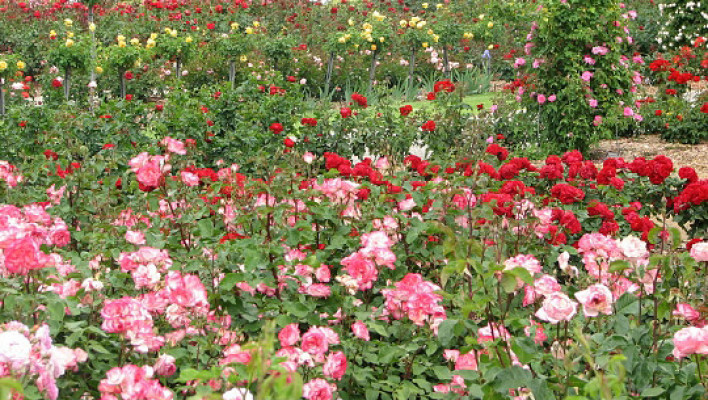 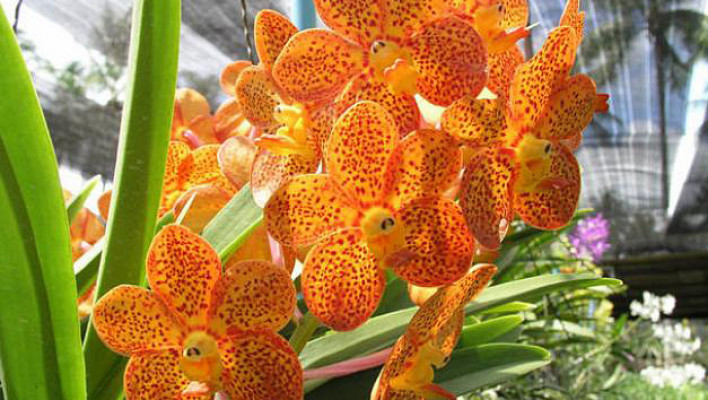 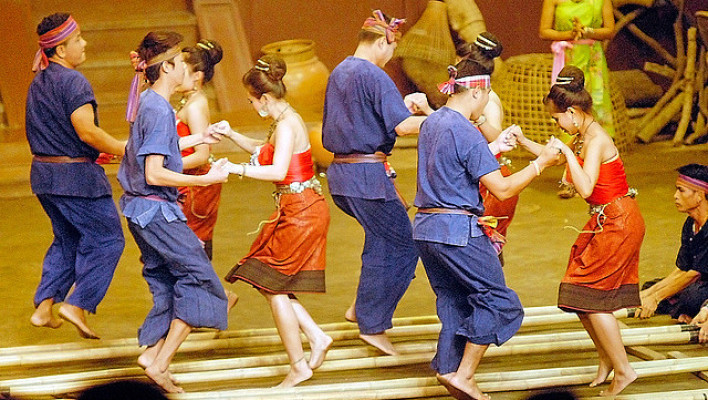 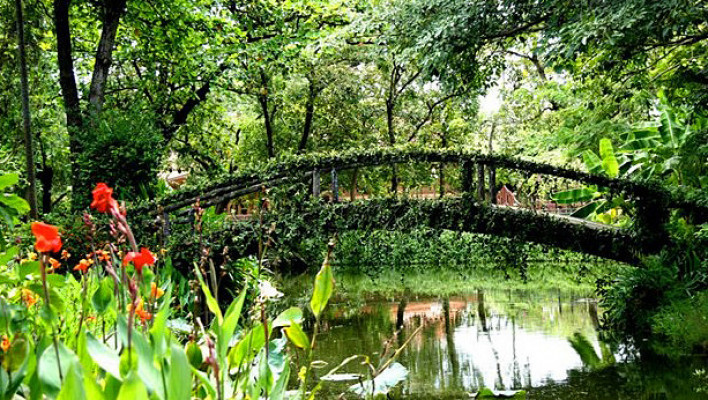 Stretching across the bank of Tachin River in Bangkok’s suburbs, the Rose Garden is rightly considered to be one of the most beautiful gardens not only in Thailand, but in the whole of Southeast Asia. Occupying an area of 25 hectares, it is conditionally divided in two zones: a botanical and an ethnographical garden.

Hundreds of rose species in the most incredible forms, colors and tints grow there. They are clustered along shady lanes, in arrangements created by skillful designers. Besides the roses, the garden features a huge number of orchids – amazing flowers that are at least as beautiful as the roses – as well as some other plants, including a number of extremely rare varieties. Here you can find 80-year-old coconut palms, rare species of black olive trees and banana palms. The plants are selected in a way that ensures the garden never stops blossoming during the year.

The so called ethnographic village is situated on the territory of the Rose Garden. Craftsmen, who demonstrate the many peculiarities of traditional Thai handicrafts to the guests work there, while various cultural shows are also organized. These shows give visitors a good idea of different spheres that form the lives of the Thai people. Among a range of exhibitions, you can watch how mats are weaved, wood is carved, culinary fruit is formed, silk is painted, traditional umbrellas and dolls are created, as well as how moulded soap is manufactured.

Guests to the ethnographic village have a chance to see the so called dance of the fingers. It is a traditional Thai dance, whose peculiarity is in the dancer’s original and unusual hand movements: bending the uppermost joints of their fingers. Visitors can also witness a Thai wedding ceremony, the rite of initiation into the Buddhist monasteries, as well as sword fighting and an impressive show of elephants.

Tennis courts, a swimming pool, a golf course and a spa center are all to be found in the Rose Garden. There are also a range of restaurants where you can enjoy traditional Thai dishes in the grounds.

Getting there. Take a route bus from the Bangkok Southern Bus Terminal. 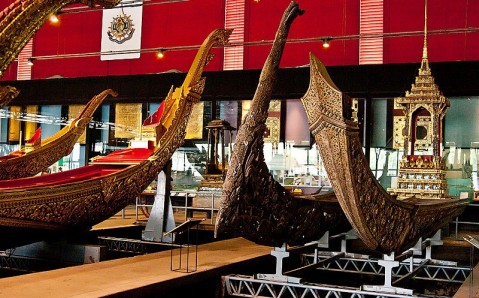 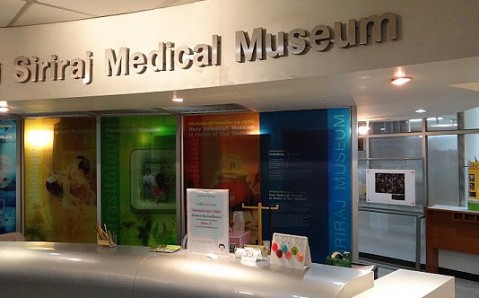 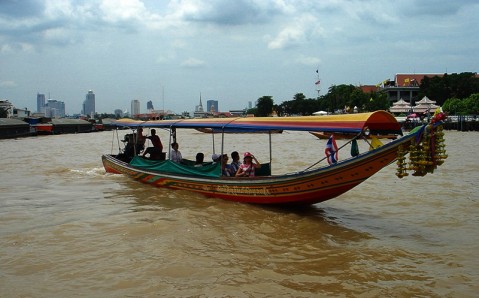