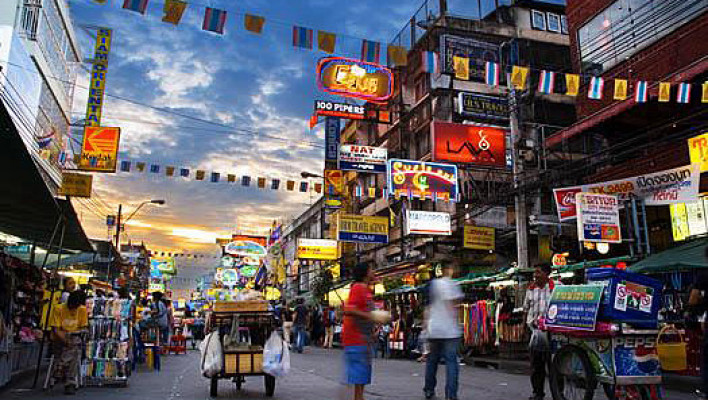 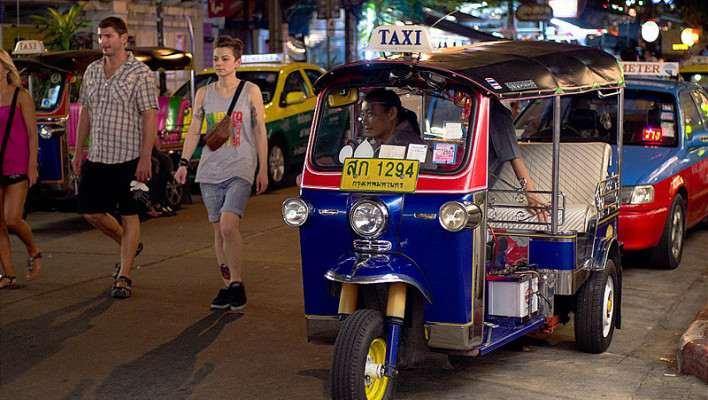 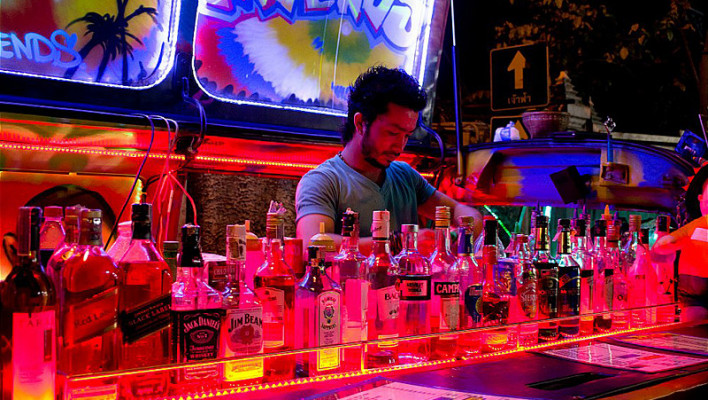 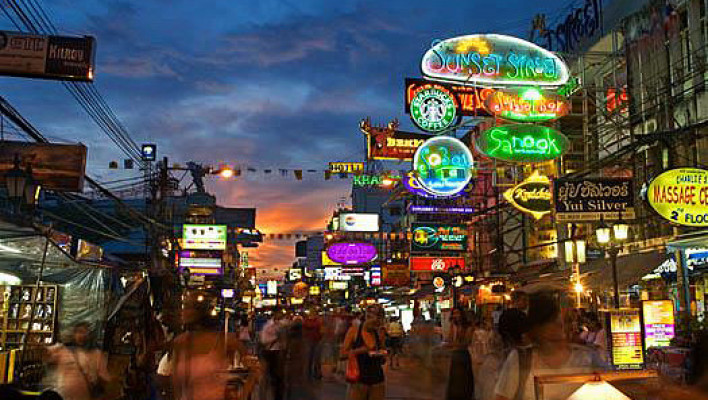 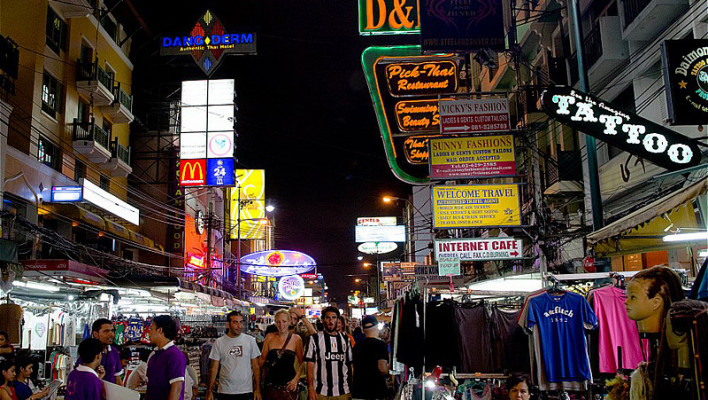 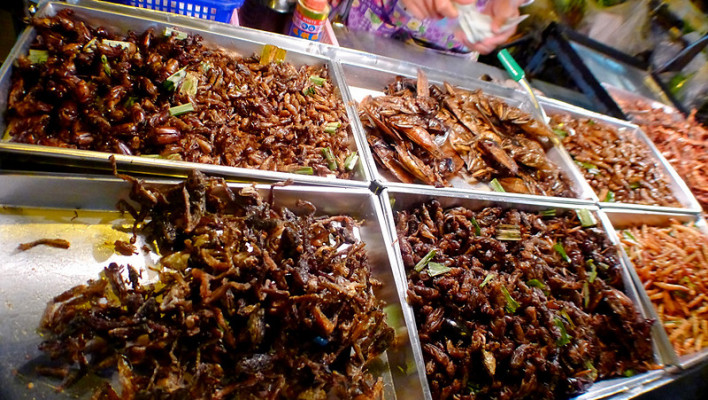 The 400-meter-long Khaosan Road is situated at the very heart of the historical center of the city, often nicknamed the "Gates to Bangkok" because it is from this point that many travellers begin their acquaintance with the Thai capital. It is the most popular street among the city's tourists and for good reason: cheap accommodation, numerous cafés and snack bars with affordable prices, a huge selection of entertainments to fit any taste and, of course, the spirit of freedom that reigns there.

The street’s name actually means “ground rice” in Thai, a tribute to the market that sold the commodity that used to stand on the site. However, Khaosan Road’s touristic history started in 1982, when Bangkok’s city government decided to celebrate the 200th anniversary of the capital in style, partially because it coincided with coming of the “lucky” 2525th year, according to the Buddhist calendar at least. Major festive events were planned to take place in the downtown area, not far from the Grand Royal Palace. However, expecting a great flow of tourists, local hotels inflated the prices of their rooms to obscene levels, meaning that not all of the guests who came to the festival in Bangkok could afford the substantially higher cost of accommodation. The sharpest guests solved the problem, simply by talking the Khaosan Road’s locals into renting them their spare rooms at a smaller fee. This meant that both sides were happy – tourists found a cheap shelter in the center of the city (the street was located directly next to the location of the upcoming festivities) while Bangkok’s locals received an additional profit from renting.

Soon, inspired by the example of their neighbors, other inhabitants of the Khaosan Road and even of neighboring streets started to turn their homes into guesthouses. Cheap hotels were followed by the numerous snack bars, restaurants, bars and souvenir shops, as Khaosan Road gradually became the most tourist-friendly street in the capital. The film “The Beach” helped to consolidate this fame; the 2002 showed the main hero of the story, Leonardo DiCaprio, coming to Bangkok and heading directly to Khaosan Road.

Today however, the street still offers countless options for accommodation: from standard hotels and hostels to budget guesthouses. In addition to affordable accommodation, Khaosan Road is also in an attractive location, convenient for making excursions around the area. Most of Bangkok’s signature sights – The Large Royal Palace, Temples of Emerald Buddha and of Golden Mountain, as well as the colorful China Town – are located within spitting distance of the area. Khaosan Road is also a convenient starting point for excursions along numerous canals of the Thai capital.

Shopping stalls, where busy sellers offer a variety goods including clothes and souvenirs, are stretched out along the street. Kiosks serving traditional Thai dishes, grilled fish and seafood, local fruit and fresh juice, also stand nearby. Those who don’t trust street food can always go to the cafés and restaurants that specialize in international cuisine.

The main flood of tourists to Khaosan Road begins at dusk, when dozens of bars with a wide selection of beverages at affordable prices, nightclubs with alternative music and other facilities offering varied entertainments, open their doors and turn on the neon lights.

Getting there. Take a Skytrain to the station Phaya Thai, followed by a taxi, which should cost no more than 100 THB. You can reach Khaosan Road by boat as well. 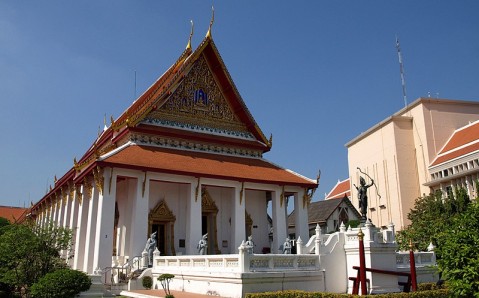 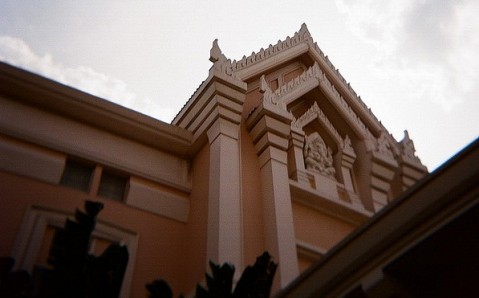 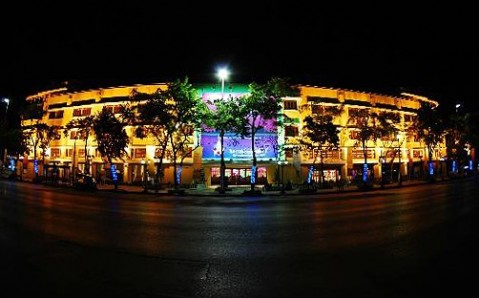